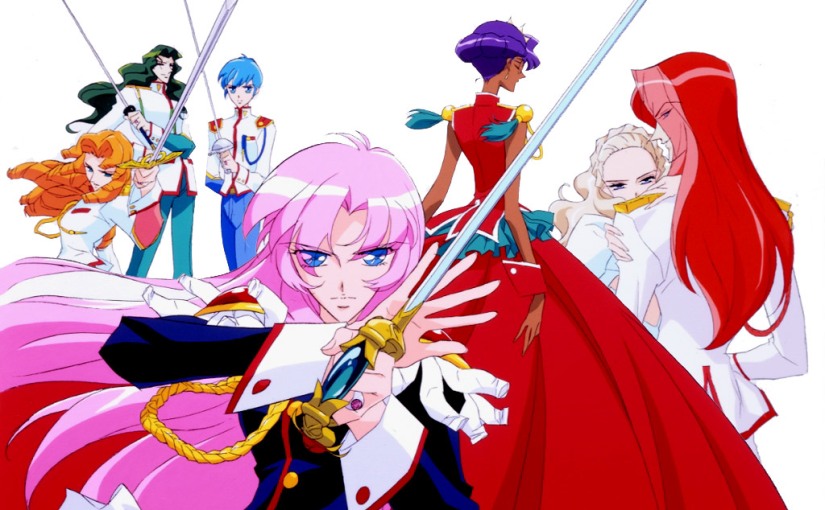 The 39-episode animated masterpiece about the girl-prince and her Rose Bride is not only ground-breaking as a yuri anime, as a 90’s shoujo it is virtually unrivaled. Ostensibly a magical girl anime (that isn’t), or a romantic fairy tale (not quite), it burrows into a dark juxtaposition between fantasy and reality, tearing apart the motives and ambitions of its cast while the unknown actuality of the setting looms ominously over them, swaying between purgatorial and theatrical.

To review Utena with any modicum of authenticity is a heavy project for which I am unworthy. When engaging any media, I adore picking out parallels, meaningful transitions, reoccurring symbols and themes, and emphasizing the significance of the details. But Utena is so overwhelming on all accounts that a analysis of that sort would better be a thesis in format. Its wicked surrealism makes the whole experience metaphysical to the point that you’ll have no idea if the plot is what it is, or something else entirely, and its intricacies would be impossible to describe exhaustively. 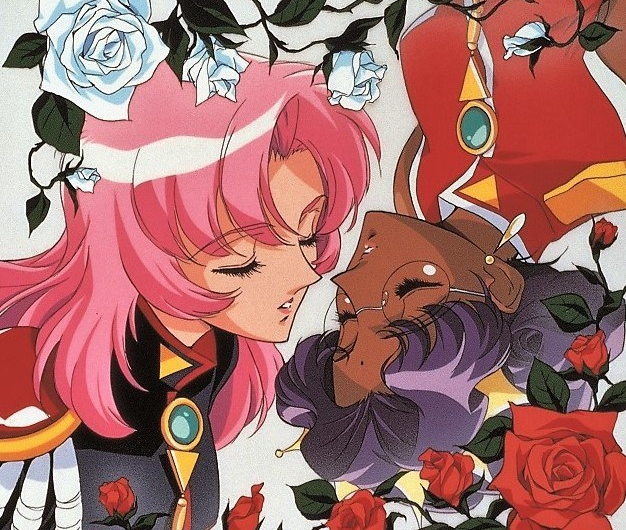 So first, let’s take a step back and focus on what’s really important: is it gay?